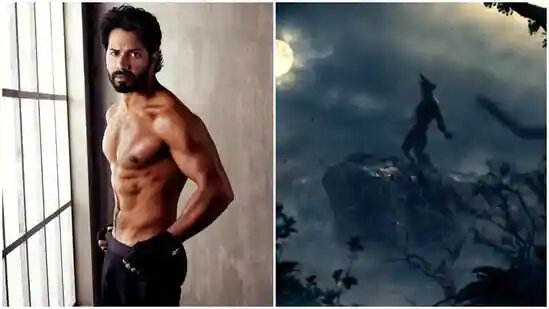 Varun Dhawan and Kirti Sanon will be seen in upcoming horror comedy movie Bhediya. The producer Dinesh Vijan is making the third film after Roohi and Stree in horror comedy category. The fans are eagerly waiting and are super excited to watch Varun Dhawan to expand his skyline. The film makers are thrilled to announce the release date of the movie. They are very delighted for their forthcoming project.

Varun Dhawan also shared on his instagram story to give alarming news to his fans. He made a new announcement regarding his upcoming venture. This is the second collaboration of Varun Dhawan and Kirti Sanon after Dilwale movie. The duet will be directed by Amar Kaushik.The theatrical release of the movie will be on 14th April, 2022.In the teaser of the movie, Varun Dhawan is found playing the role of werewolf in the video.

Recently, Varun Dhawan tied knot to Natasha Dalal at the end of January 2021.The newly wed Varun Dhawan is now back to his work. He is working with great determination and preparing for Bhediya, Amar Kaushik movie. He is all set to manage his work. He will proceed to Arunachal Pradesh for at least two and a half month. The actor had declined all other work including brand promotions.

Further, Varun have also instructed his team that his schedule will be tight for upcoming months. He won’t shoot for any promotion or commercial videos in coming period. He is getting into new complexion and different character. Accordingly, he wants to concentrate on the film shoot and workshops.