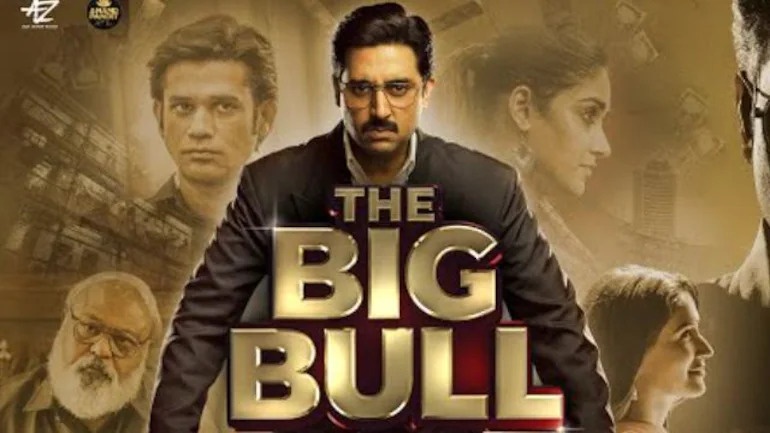 In The Big Bull trailer, Abhishek Bachchan is narrating the story of a businessman. The man will not stop, until he becomes India’s first billionaire.

The first trailer for Abhishek Bachchan’s starrer is out. The actor is presented as a relentless stock trader. He dreams of becoming India’s wealthy man. The movie is inspired by real-life events of stock market boss Harshad Mehta’s life.

The trailer shows dazzling similarities between the two. However, director Kookie Gulati surely seems to have Bollywood flavor and more dramatic to the blend. There are fast moving car sequences, modish dialogues and two romantic songs.

The film features band cast including Nikita Dutta, Ileana D’Cruz and Sohum Shah in main roles. The movie is produced by Anand Pandit and Ajay Devgn. The co-producers of movie are Vikrant Sharma and Kumar Mangat Pathak.

The movie was previously set to release in October 2020. Due to coronavirus-led pandemic, it was restrained. The film makers decided to go for a direct-to-OTT release.

Further, Abhishek was seen in Netflix film Ludo and Amazon Prime Video’s second season of Breathe. He will be also seen in Bob Biswas, an off-shoot to Sujoy Ghosh’s Kahaani. He features with Chitrangada Sen in the film.