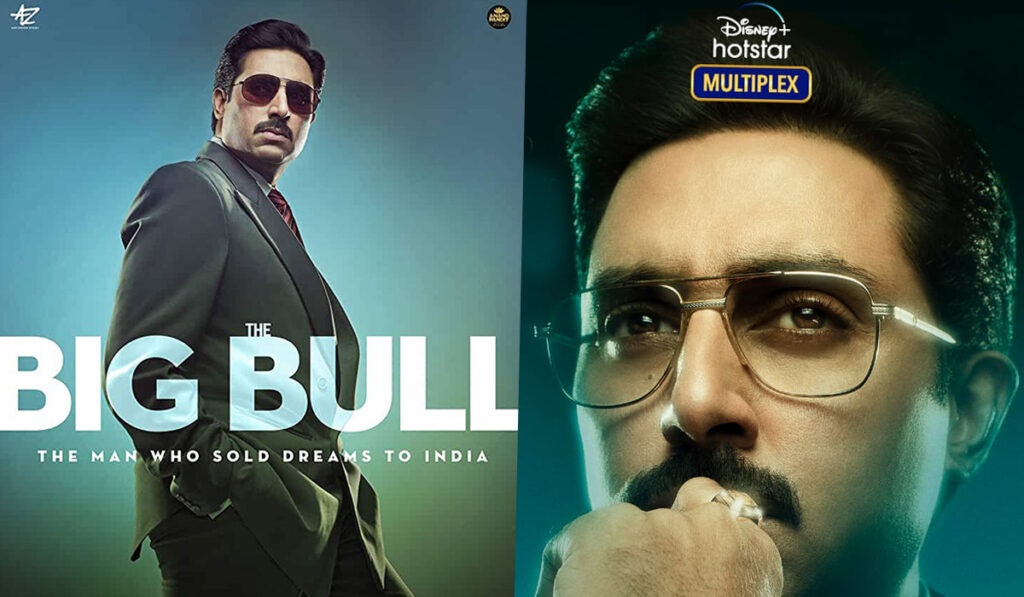 Abhishek Bachchan’s most awaited thriller, The Big Bull is finally releasing on Disney plus Hotstar April 8. Ajay Devgan revolves the audience in the world of The Big Bull through the teaser video.

The Big Bull is influenced by some of the shocking shifts that shook the financial fabric of India. It is starring Abhishek Bachchan, Nikita Dutta, Ileana D’Cruz, Ram Kapoor, Soham Shah, Supriya Pathak, Saurabh Shukla and Supriya Pathak. The teaser was out on Tuesday.

The movie is directed by Kookie Gulati, and it is produced by Anand Pandit and Ajay Devgan. Vikrant Sharma and Kumar Mangat Pathak team up as co-producers. The film is all set to stream exclusively for the subscribers of Disney plus Hotstar VIP and Disney plus Hotstar Premium on 8th April 2021.

The actor today released a teaser of the film. He announced the release date of the film. The movie is based on the stock market fraud by Harshad Mehta, over a period 10 years. Abhishek plays the main role. Ajay Devgan has produced the movie. Harshad Mehta was frequently called the Big Bull of the Dalal Street.
Abhishek Bachchan shared the teaser of the movie to introduce The Big Bull. In the teaser, the actor is seen in the role of Hemant Shah. He can be seen at different locations in the Mumbai of 1987. Ajay Devgn is narrating the film. He was saying, Chote gharon mai paida hone walon KO aksar bade sapne dekhne se mana kar deti hai duniya… Issiliye usne apni alag duniya khadi kar di
The Big Bull, the mother of all scams.

Further, Abhishek Bachchan shared the video on Instagram. He wrote, introducing The Big Bull… The mother of scams…Trailer out on 19th March. #TheBigBull releasing on April 8 only on @disneyplushotstarvip, stay tuned! DisneyPlusHostarMultiplex