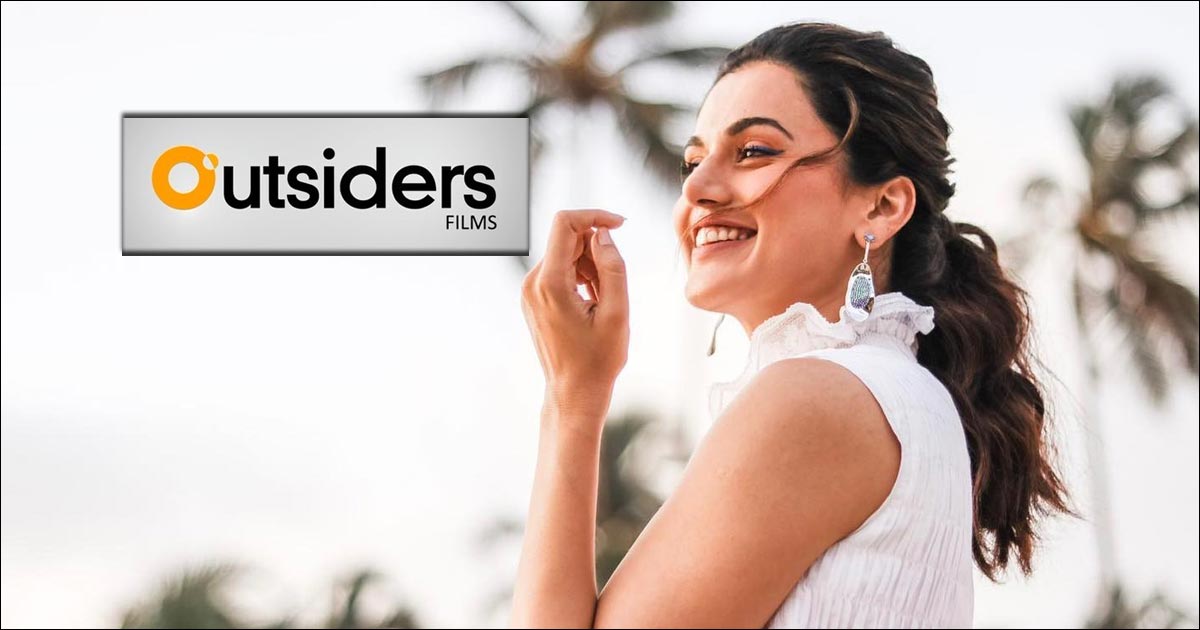 A gorgeous and talented actress, Taapsee Pannu, adds yet another milestone in her career, launches a production house ‘ OutsidersFilms. ‘ Taapsee has teamed up with Pranjal Khandhdiya for OutsidersFilms. Pranjal has earlier produced renowned films such as Soorma, Piku & more. Taapsee made her decision a few days ago, and today she officially announces her self-promotion in Bollywood.

Right now there is a trend in bollywood that after a successful position in bollywood. The actor and actress turn into a director or a producer. A few hours ago she shared a video on Instagram and says, ” Last year when it was almost a decade since I plunged into the dream this Indian Film Industry is, I never knew I would not just float but actually learn to swim my way through. For someone who never dreamt of being a public figure, I am forever grateful to everyone who has bestowed so much love and trust in me and my work. It’s time for some payback because with great power comes greater responsibility. So wish me luck,, and I promise to try my best to bring the best because the view is the best from the “outside”. Writing a new chapter of life, now as a producer with the “Outsider Films”