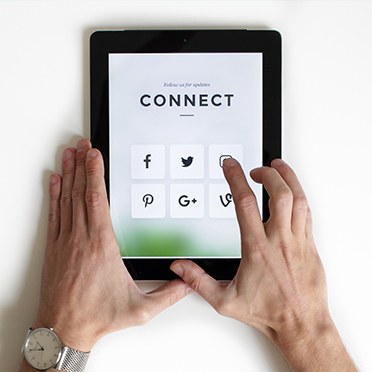 Take a look at what we believe are the key rising trends in social media.Social media is a highly interactive medium which will continue to evolve and change at a frantic pace.

The year 2019 unravels a yet another year that actuates the success of social networking websites and forums in the contemporary 21 st Century where the users of Social Media Websites and Communities have their presence engrossed to do the needful of coping up with time. Moreover, the numbers only seem to augment and there are not even the farthest signs of the users of these social media networking platforms declining not only in this year but for the foreseeable years ahead. The trajectory of time and overwhelming usage of social media channels has to lead to the robust growth of these social networking platforms in itself and we live in the age where a user does not content himself to the meager presence on one social networking site and they devote their extensive efforts for different channels for altogether different content to meet the precursory of being a Social Animal. For instance, a user uses a different caption for his same photo in Instagram & Facebook respectively and he has a completely different story to propagate via the mediums of Snapchat. Thus at the altar of your modest content on these platforms lie the.T has to catch the gaze of your friends, followers, and fans to laud you for your presence requires modest content for your networking channels fuelled by the trendy practices of the date.

Aesthetics of Visual Art – Visual Art is the new movement in the social world out there. Studies have confirmed that impressions of the users in social media are passive and amidst the plethora of content and advertisements in one’s account, he does not pay heed to the lengthy pieces and monotonous content. In the end, it is the prerogative of the receiver end to either entertain or bypasses your content with a scroll. Visual Appeal strikes the mind of the viewer and he devotes his attention for the same. Hence it is prudent enough to state that ‘surrealism is the new taste of users’ and they are least bothered about your flaunting of a new car or your 25 th birthday.
Surge of Stories- The story feature and rise of ephemeral content across social networks is a key development that has gained a lot of popularity in 2018, with Instagram and Facebook stories hijacking Snapchat stories, and Instagram stories reaching around 400 million daily users. The less intensive span of attention will continue to increase the popularity of short-lived content in 2019, especially with millennials and Generation Z-ers.
Rising Trend of LIVE- Live video is something that’s been around for a while, especially on YouTube, but it is tremendously gaining popularity in Instagram & Facebook. The interactivity of live video makes it a powerful tool for celebrities to engage with their audience and strengthen the relationship between a brand and its followers. The authenticity of ‘going live’ is another factor that the audience can benefit from, as it helps build trust and loyalty with a brand. There certainly are some risks to ‘going live’, due to its technical complexities and the ad-hoc issues that may arise when you are on ‘live’, however, the followers are likely to understand that and it may even further strengthen their trust towards a brand, as only authentic content leaves room for genuine mistakes.
The rise of social TV and vertical videos -The biggest development in this area has been the launch of IGTV by Instagram – a TV feature used to broadcast long-form video content in a format different to other videos on social media platforms. Unlike other videos on Instagram where videos are limited for one minute, IGTV can run videos up to an hour long. Features such as these will continue to boost Instagram’s popularity amongst users in 2019.
Share