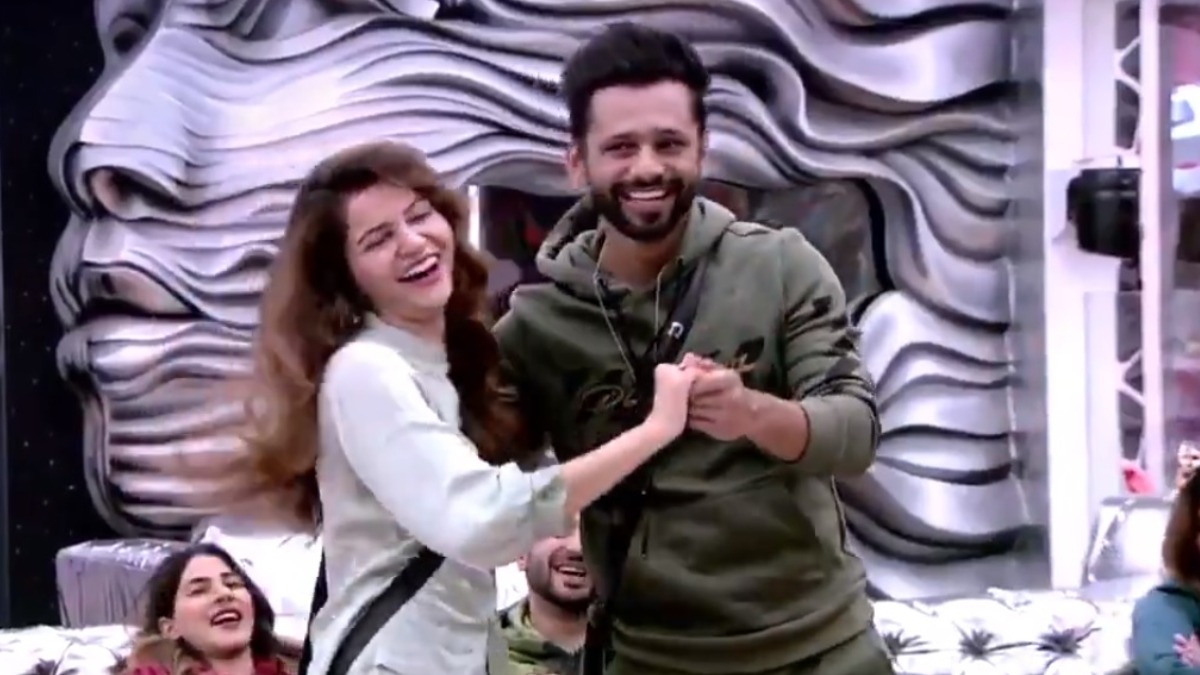 Big Boss 14 is very close to Finale week and Rahul Vaidya and Rubina Dilaik are most important contestants of this season. From the beginning of the show both are seen arguing with each other on various issues. But now Rahul and Rubina are seen solving their problems in finale week.

In the recent promo of Big Boss 14 we can watch Rahul Vaidya is dedicating song to Rubina Dilaik after being demanded by the special guest.He also dedicates a lines, Faasle aur kam ho rahe hai, dur se pass hum ho rahe hai.Song Jadu teri nazar from movie Darr.Rahul expressions were just devasting, Rubina also stand up and join Rahul to dance with him. Fans were happy and excited as they have always seen both of them arguing with each other. The moment is absolutely just amazing for both the candidates’ fans.

In the previous episode, Rahul Vaidya also said Rubina Dilaik has an authentic tone. While at the same time Rubina said that Rahul has problem with the girls defeating him. Because of this opposition Abhinav Sukla, Rubina’s Husband and Aly Goni, Rahul’s best friends have arguments between them. But now, both are finally settling their issues and will be staying happily in the house as finale is very close now. There was not a single episode in the entire season we have not observed quarrel or arguments between Rubina Dilaik and Rahul Vaidya. But now everything is changing in positive manner. Further, Rahul was spotted having personal conversation with Rubina Dilaik about his love for Disha.He also commented, chalo aaj tumhare sath baith kar baat kar lete hai…Tum bhi kya yaad rakhogi.In the promo Big Boss 14,Rubina have also appreciated the efforts made by Rahul as he had dedicated beautiful song and she danced happily with him.

In the recent promo, Rakhi Savant and Aly Goni shatter into a discussion. If Jasmin had been in the Big Boss 14 house then Rakhi Savant would not have any chance to be in Top 5.