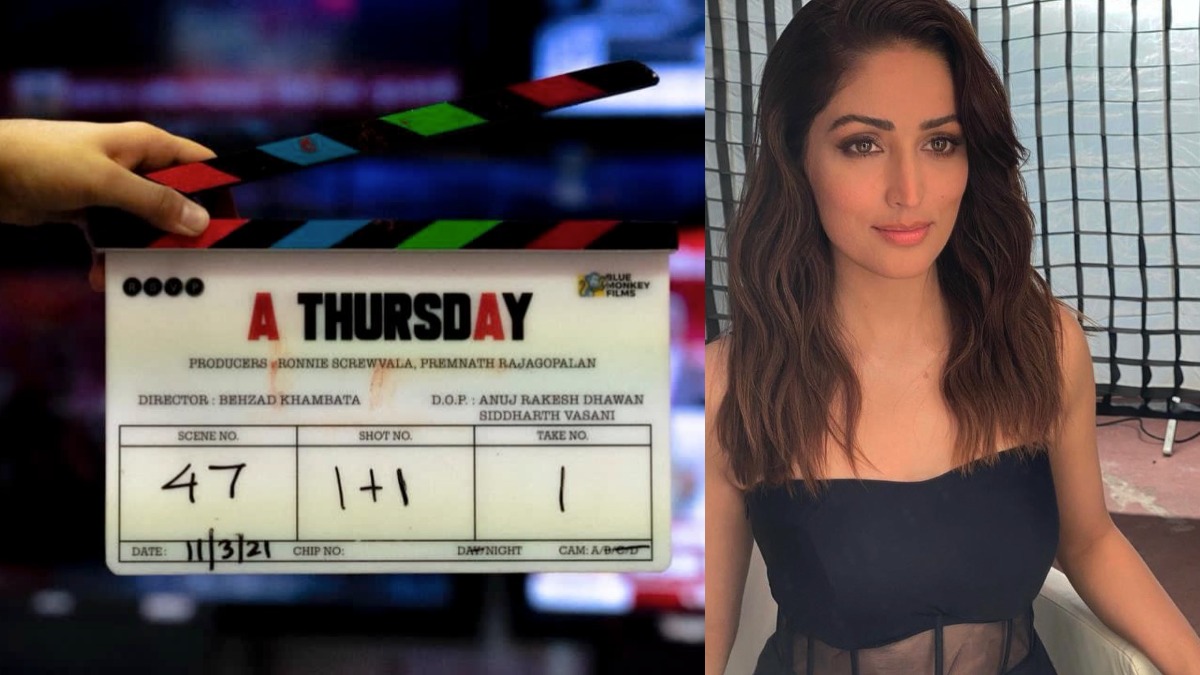 Neha Dhupia and Yami Gautam have started shooting for the upcoming film A Thursday. The movie is directed by Behzad Khambata.

Yami Gautam shared a picture of the clipboard from the movie’s set. She wrote, Breaking News: A series of unforgettable events are about to come your way, all that happened on # A Thursday.

Neha Dhupia shared the same picture and wrote, a day that changed everything… #A Thursday goes on floors.

She mentioned, So Glad to be a part of this project with big hug to this awesome team.

A Thursday is subsidized by RSVP and Blue Monkey Films’ venture. Yami plays the lead character of Naina Jaiswal in the film. Naina is an intelligent play school teacher taking 16 toddlers captives. She will play a smoky character for the first time in this movie.

Actress Yami Gautam has recently collaborated with the film makers of Bhoot Police. She unites the cast alongside actors Saif Ali Khan and Arjun Kapoor. Jacqueline Fernandez, will be seen playing a role that is ferocious and adorable at the same time in ‘A Thursday’.

The film managed by Behzad Khambata directorial. The film is all set for a release on a digital platform in 2021.

A Thursday is one of those rare writings that come to way and cannot be put down. Behzad has scripted one of the powerful characters for any female protagonist. Moreover, Yami Gautam also said Naina will be seen in both fierce and endearing look.