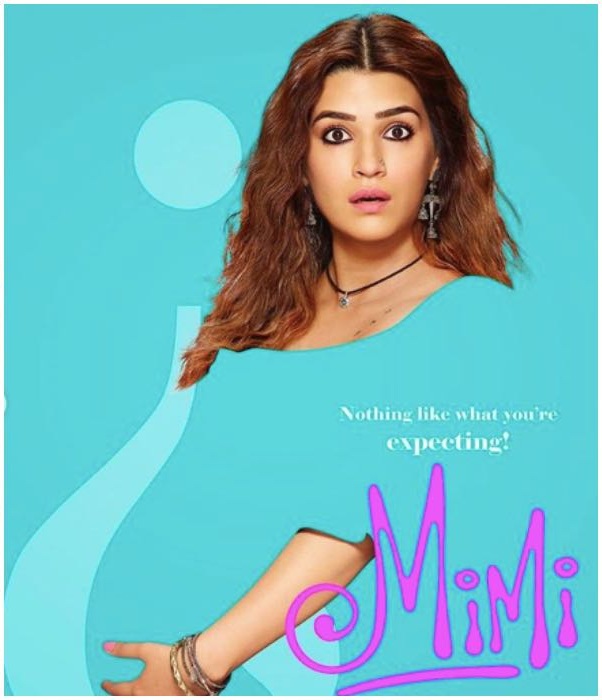 Oh my God! The Sanon sisters give back-to-back hits to Bollywood. This morning actress Kriti Sanon shares her first look of Mimi while her younger sister’s song ‘Filhaal 2 Mohabbat’ has recently been released. In this movie, Mimi plays the role of a surrogate mother. The Mimi is the remake of a Marathi film Mala Aai Vhaaychy which won the National Award for Best Feature Film in Marathi in 2011.

The actress looks elegant, gorgeous and beautiful in her florescent blue dress with oxidised earing. The actress gives a shocking pose after applying a bold kajal. From the sources, the Kriti gained 15 kilos of weight to fit into a role. The film is made under the director’s supervision of Laxman Utekar which is produced by Dinesh Vijan. Including Kriti, Evelyn Edwards, Pankaj Tripathi, Sai Tamhankar, Manoj Pahwa, Supriya Pathak, Aidan Whytock are the rest starcasts.

Rest the date is not revelaed but will expect to be released at the end of July. The fans of Kriti Sanon are excited to see her on big screens after Luka Chuppi, Panipat, House full 4, Pati Patni Aur Woh hits.