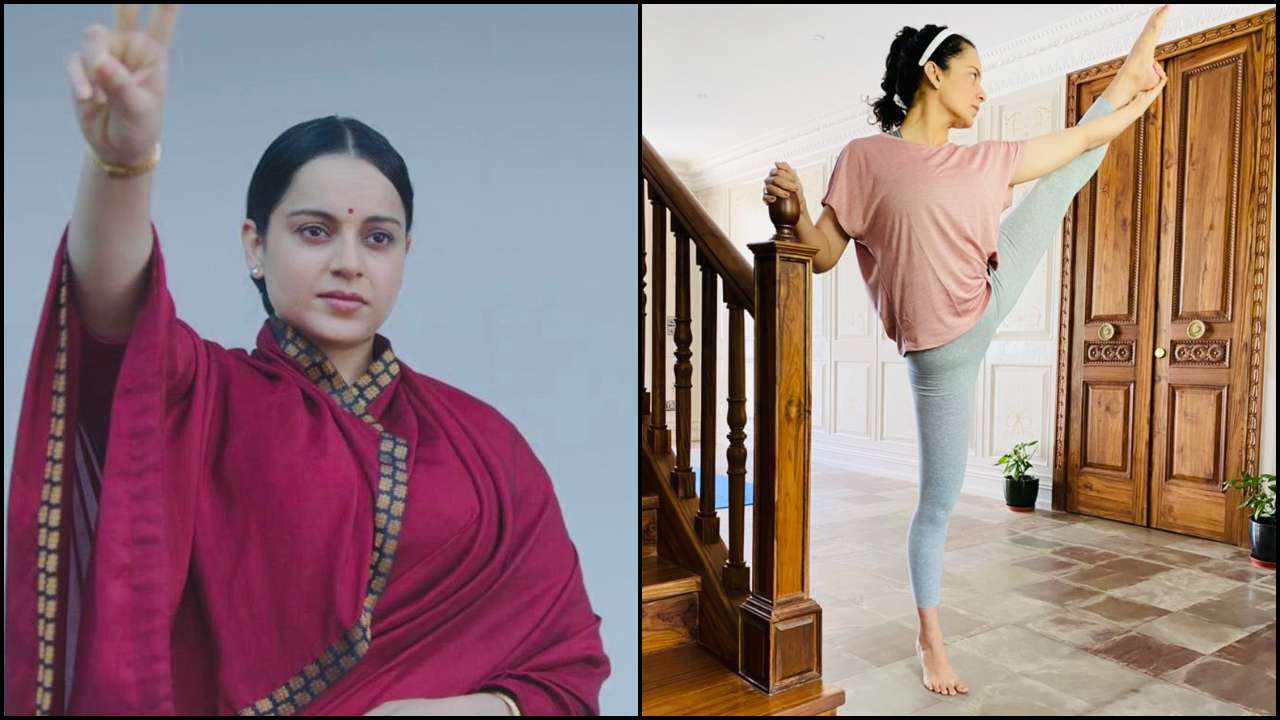 With much suspense and excitement, the trailer of Thalaivi is all set to release tomorrow. The trailer will release on Kangana Ranaut’s Birthday. Discovering the life of Jayalalithaa, Thalaivi represents the various stages of the veteran’s life. Kangana Ranaut go through with transformation to fit into character. She also shared glimpses of the diverse phases.The actress expressed her excitement for the trailer.

Kangana Ranaut took to handel her social media. She shared new silence from the film. She have represented various stages of Jayalalithaa’s life. She also wrote, one day to go for the trailer launch of #Thalaivi. Gaining 20 kgs and losing it all back within a interval of few months. She faced a challenge while filming this Grand Biopic. Just few hours Jaya will be your forever. Ranging across over 30 years, Thalaivi presents the struggles of Jayalalithaa’s life.

Kangana Ranaut followed a frantic schedule. She managed keep up with the looks of Jayalalithaa through her life. The team also engaged expert makeup artists from Hollywood. They mastered the looks for Kangana as well as Arvind Swamy to match their appearances.
The trailer of Thalaivi is organized to release on 23rd March 2021. Highlighting on Kangana Ranaut’s birthday across Chennai and Mumbai at grand events on the same day.
Thalaivi, presented by Zee Studios, Vibri Motion pictures and Karma Media Entertainment. The film produced by Shailesh R Singh and Vishnu Vardhan Induri. Thalaivi is set to release globally in Hindi, Telugu and Tamil on April 23, 2021.