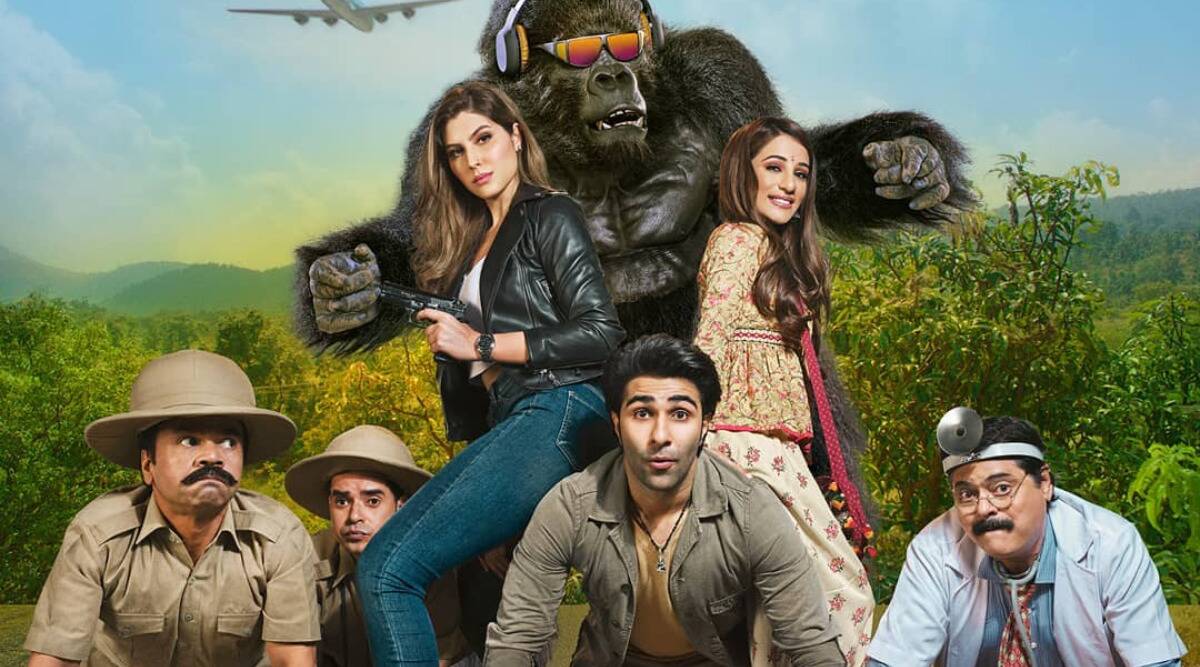 The movie is directed by Pankaj Saraswat. Hello Charlie is an adventure comedy thriller. The protagonist Charlie (Jain) has been assigned with the task of transporting a gorilla Toto from Mumbai to Diu. The trailer also highlights how a billionaire’s (Shroff) escapade in a gorilla costumes. This would further lead to a series of comedy of errors. Charlie and the gorilla would also experience some humors characters on the way.

The makers shared the trailer of Hello Charlie on Monday. The movie is produced by Farhan Akhtar. He also posted on social media; there is nothing ordinary when this gang is around. Join them on their crazy adventure. With hash tag Hello Charlie Trailer out now. Watch the world premiere on April 9 on Amazon Prime Videos.

The 2.30 minutes trailer keeps the viewers captivated. It offers a wide smile on the face of viewers. But we are yet to watch the movie would able to manage same entertainment quotient throughout the movie.

The actor Jackie Shroff added, it was perfect balance as Ritesh, Farhan and Pankaj are finest creators in industry. They are glad that movie will release on Amazon Prime Videos. All the cinema lovers across the world will laugh out loud.