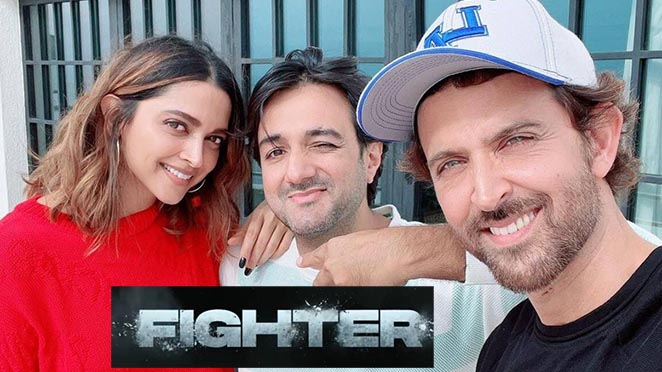 A blockbuster is coming soon! Getting from the source, the Pathan director Siddharth Anand decided to make one for the film with Deepika Padukone. On Thursday the director Anand announces his collaboration with Hritik Roshan and Deepika Padukone in Fighter. After that, Viacom 18 has collaborate the team of the upcoming action movie ‘Fighter’ as a studio partner while the film is released under the Siddharth Anand’s banner Martflix.

Due to the recent busy schedule of starcasts, the film makers will decide to start the movie in 2022. Viacom18 officially announced that ” After a decade of entertaining you with hits that are close to your heart, we are all set to up the ante of your cinematic experience! Get ready to witness India’s first aerial action franchise,” they tweeted.