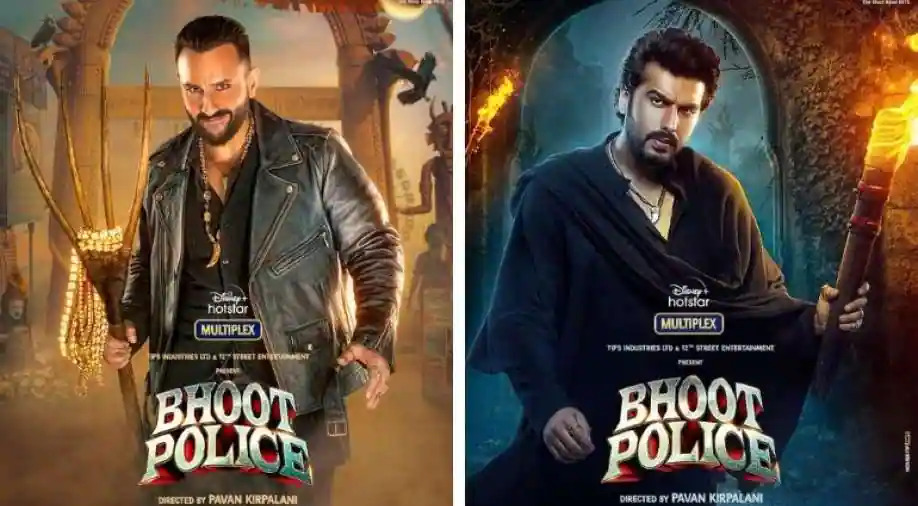 On Monday morning Kareena shares a first look of her husband in the upcoming movie Bhoot Police. In the movie Saif Ali Khan plays the role of Vibooti. The film is a paranomial – a comedy based on. Other than Saif, Arjun Kapoor, Jacqueline Fernandez, Yami Gautam is in the movie.

After the Kareena’s shared, later Jacqueline shared a couple of posters one of Saif Ali Khan and the other one of Arjun Kapoor. The film will be released digital on Disney+ Hotstar. The movie is directed under Pawan Kripalani while Ramesh taurani and Akshai Puri produce this with the collaboration with Tips Industries company.

After a long time, it is good luck to see something like horror-comedy. Getting from sources, the movie is still under direction and may be released on 10 September 2021.