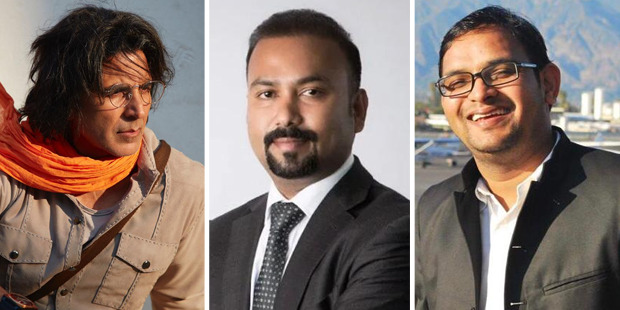 After the massive-budget blockbuster 2.0, Akshay Kumar and Lyca Productions reunite again for Ram Setu. The actor will visit Ayodhya to shoot the mahurat shot for the film on 18th March 2021.

Mahaveer Jain and Subas Karan collaborate with Abundantia Entertainment and Cape Of Good Films for Ram Setu. The movie also co-stars Nushrratt Bharuccha and Jacqueline Fernandez. The movie is directed by Abhishek Sharma. The Creative Producer of the film is Dr. Chandraprakash Dwivedi.

The movie Ram Setu is produced by Abundantia Entertainment, Cape of Good Films and Lyca Productions.

The CEO of Lyca Production Aashish Singh says, it is an honor for the complete Lyca team to collaborate with Mr. Akshay Kumar on such an eminent project.

Lyca Productions is one of enormous production houses down South. They have produced movies like Vada Chennai, Kaththi, Kaappaan, Darbar and many more.

Further, this will be Akshay and Jacqueline’s fifth film together. Nushrratt will accompany with Akshay for the first time.

Ram Setu is a story based on science, facts and historical heritage. It is fastened in the deep belief of Indians since centuries. The movie is a bridge between age group of present, past and future.