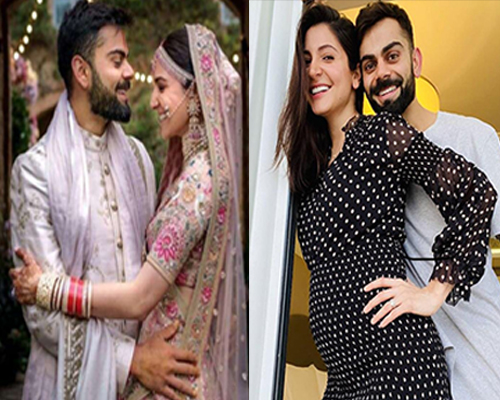 Arriving Jan 2021.. Virat and Anushka Have a Big Announcement to Make ❤️

Yes, it’s official. Finally, the couple has decided to take a massive step ahead and become parents soon. They have made it official on their Social Media handles today that they are soon going to be three. This is a news that every Virushka fan has always wanted to hear. The last film for the actress was ‘Zero’ in 2018 and since then she has not been in any new Bollywood venture. Her absence from the big screen brought a lot of speculations stating that she might be pregnant, to which she broke her silence with her presence at the Filmfare Awards.

Virat and Anushka got married on 11th December 2017, and now they are expecting their first child. The couple announced about the good news in an interesting way, they stated “And then, we were three! Arriving Jan 2021.” They posted this caption with a very lovely picture flaunting the actresses’ baby bump. Since the announcement, there has been a showering of wishes on the couple by fans, Bollywood colleagues, cricket colleagues and well-wishers from various industries and backgrounds. By the caption that they posted, it is pretty clear that they are expecting the baby in January 2021. Right now, the Indian Captain is in Dubai for the IPL.

Interestingly, this is the second pregnancy announcement from Bollywood as recently, Kareena and Saif also announced their second pregnancy on August 12 as well. We, at Page 3 Digital wish a great luck to both the couples and pray for both the actresses’ good health during their pregancy.