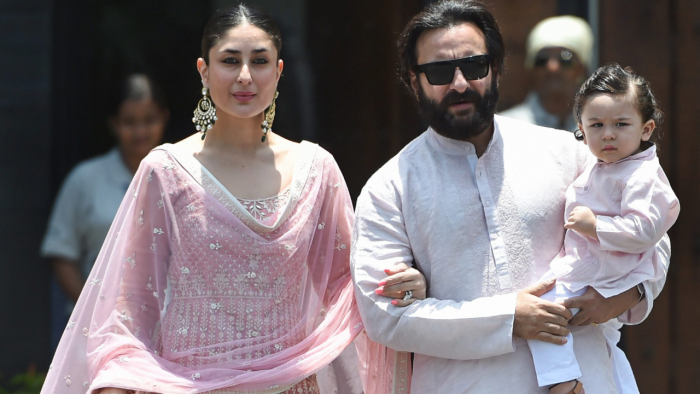 Kareena Kapoor Khan and Saif Ali Khan blessed with their second baby boy. The couple welcomed the baby boy with bundle of joy.Kareena Kapoor Khan welcomed the birth of baby boy on 21 february,2021  at  8.30 am.She was admitted to Breach candy hospital in Mumbai.Saif and Kareena have also announced that they were excepting second baby soon. The couple has first become parents in 2016, with the birth of Taimur Ali Khan.

The couple has welcomed the arrival of second bay and moved into a bigger bungalow, which include luxurious library, magnificent terraces, a big swimming pool and an individual nursery for the newborn baby and his elder brother Taimur Ali Khan also getting his own particular space.While, Kareena Kapoor Khan was also seen active in her second pregnancy. She is diligently working for her professional responsibilities. She also travelled to Delhi to encase the shoot of her role in Amir Khan movie Laal Singh Chaddha.Further, she was totally dedicated to her work throughout her pregnancy, Kareena was also spaced for many business commitments, after the lockdown, often twirling her house into sets.Bebo, was also taken off to Dharamshala while she was undergoing with her pregnancy.Saif Ali Khan was engaged shooting for his recent movie Phone Bhoot.