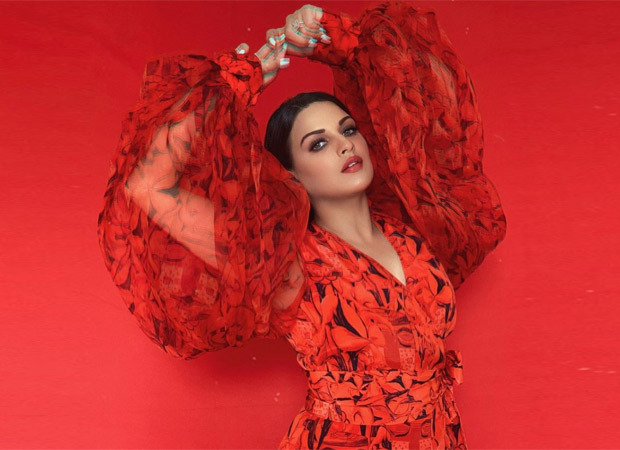 Himanshi Khurana have become famous in the industry after her shift in Big Boss 13.The well-known singer and actress is known for her mesmerizing performance on the reality show. Shortly, after that she also dated Asim Riaz.Their relationship has been revealed in the news from the days they have spent together in the reality show. The couple has fallen in love. She got highlighted in numerous music videos after the show Big Boss 13.Himanshi Khurana have taken up the snatch, the singer also sang the song Suma Bole.

Himanshu Khurana has been embellished as the first female Punjabi singer. She have attributed on the Billboard of New York Times Square. While, this is the huge glory for the singer Himanshu Khurana, who have win the hearts of her fans. Her loved once are sending their love for her across the world. Himanshi also shared a picture and video of Billboard on instagram. She also wrote, Nikle the kuch log meri sakshiyat bigarne…jinke kirdar khud murammat maang rahe the?? The journey from Ludhiana to New York time square was incredible.

Further, the singer also shared various snaps on twitter. The Billboard poster featured Surma Bole along with Bunty Bains, the music composer. Label Brand B has produced the track. Himanshi got sentimental as she shared her happiness with her fans on social media. Later, she also shared the video of the duplicate display. Remembering how she has become popular only in Punjab. She is the symbol of global recognition as a stellar performer.