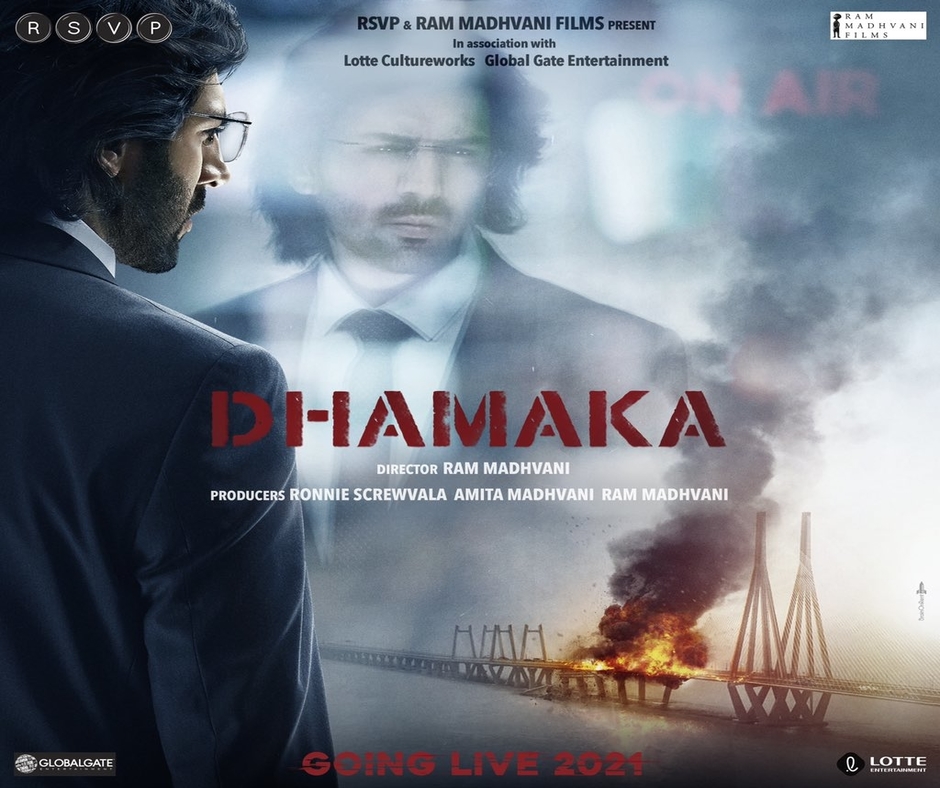 After leading in various successful romantic comedy thrillers, Kartik Aryan is all ready to make a fresh start to his career. He will be seen in a gibberish avatar thriller entitled Dhamaka.

Further, Kartik Aryan amazed his millions of fans. The movie shines on his birthday. He announced the film by releasing the first poster of Dhamaka.

In Kartik Aryan’s unique and special styles, he also captioned the poster as, Aaj mera birthday hai, Dhamaka toh hona chahiye. The banner features Kartik in unexampled look like never seen as before. The character is overlooking a bang on a sea link.

As per the sources, Kartik Aryan thriller directed by Ram Madhvani has started its shooting. The film is also announced Kartik will be seen in new avatar starring in a thriller in his 9 years old profession. He has mostly presented in comedy thrillers which have been super hit. It happened only twice that he tried something different with movie like Kaanchi: The Unbreakable and Akaash Vani. Unfortunately, both the movies failed at box office.

Dhamaka release date is not yet revealed.