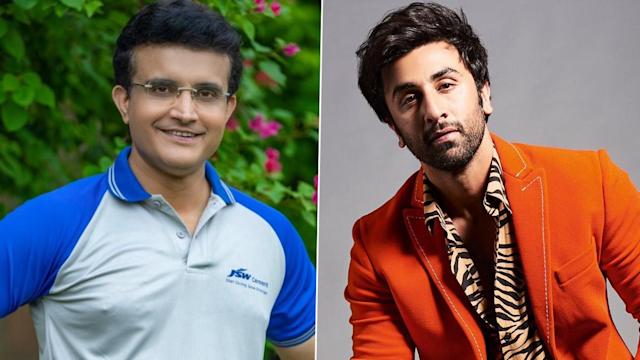 After the biopic on M. S. Dhoni and Sachin Tendulkar, finally, Dada has agreed. Today, Sourav Ganguly says ‘Yes’ to shoot his biopic. A former Indian Cricket Captain, Sourav Ganguly, is today ready for his biopic, and he also shares his choice of who will play his role, he said. ‘Ranbir Kapoor is one of my favourite actors, and he will definitely
Plays my character perfectly.” According to him, Ranbir will be fit to play his role.

And after the success of the Late Sushant SIngh’s character as M.S.Dhoni, the actor Ranbir Kapoor will be the next superstar of bollywood who plays a fine cricketer role. Well, it is not good news only to the Bollywood lover, but yes, it is for all Cricket and Dada’s fans too. Yet, the makers do not reveal the release date of the movie but getting the sources, the final name of the actor and the release date will be revealed soon.