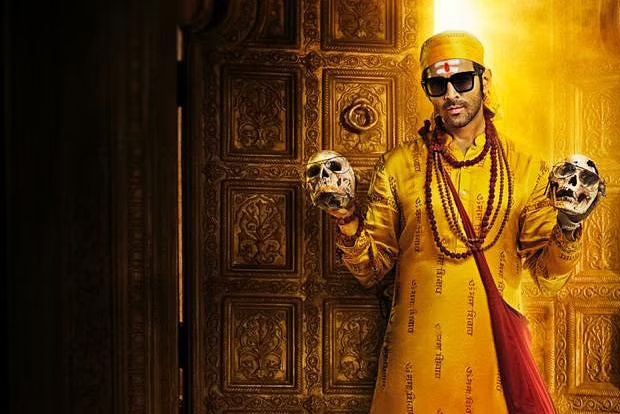 Bhool Bhulaiyaa 2 is psychological and comedy thriller starring Kiara Advani, Kartik Aryan and Tabu.The movie will release in cinema on 19th November, 2021.Due to the pandemic and complete shut down last year, shoots were reseumed.Most of the movies began its production in July and August 2020 respectively. The movie will be led by Kartik, Kiara and Tabu continuing the sequence of Akshay Kumar and Vidya Balan starrer that was released in 2007.

This is the first movie of Kartik Aryan of this year. The film has also received the release date. Although, Dhamaka and Dostana 2 release dates are yet to be announced. After the long break, Bollywood has become active again after the pandemic. Majority highly anticipated and big movie are releasing consistently. The movie has finally locked the release date and will hit the theater on 19th November’2021.

The film makers announced the new release date of the film with the beautiful poster. The banner is presenting a photo of Anees Bazmee, Bhushan Kumar, Murad Khetani and Kartik Aryan. After long time, Kartik and Kiara have been trending on twitter. The announcement of release date was done by Bollywood trade analyst Taran Adarsh. The poster is featuring the lead actor Kartik Aryan along with the film makers.

The film Bhool Bhulaiyaa 2 is produced by Murad Khetani, Bhushan Kumar and Krishna Kumar. The film is directed by Anees Bazmee and scripted by Aakash Kaushik and Farhad Samji.The film is organized under the project T Series and Cine 1 Studios.