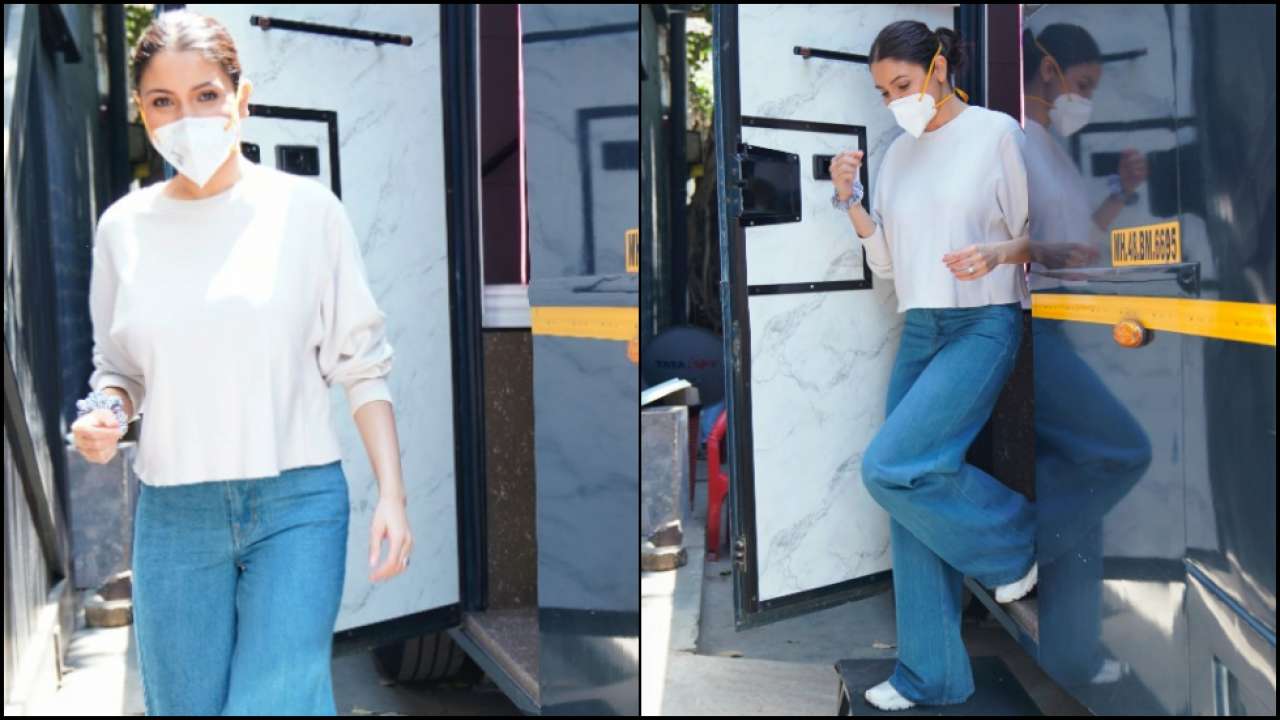 The actress Anushka Sharma has resumed work already. Anushka and Virat Kohli welcomed daughter Vamika in January. She stepped out to shoot for advertisement in Mumbai, on Wednesday after her daughter’s birth in January.

Anushka Sharma got snapped while entering the sets on Wednesday. She looked absolutely fit and drop-dead gorgeous. She was appeared wearing a fawn top, loose fitted denims and a safety mask on her face. A close source also reveals that, Anushka is undoubtedly in the best of shape. She has been an interactive mom. She is all set to balance her work life and personal life flawlessly. She is known for her sincerity in the industry. She was present on the sets before her call time for the shoot. She was looking extremely beautiful.

A week ago, Anushka and Vamika also accompanied Virat Kohli as India played England in Gujarat. The couple returned to Mumbai a few days ago. The family’s pictures from Ahmedabad airport had gone viral where Anushka was found holding baby Vamika. Virat was overseeing their luggage.

Moreover, the Zero actress has formed a system in place at home. This enables her to achieve a perfect work-life balance. Anushka has not yet announced movie. But she is expected to commence work and will make some announcements soon too.

Anushka had thrilled us all with her pre-delivery shoots. The actress had stayed fit throughout her pregnancy. She had shared videos clips of herself doing yoga with Virat. She was vigorously running on treadmill even in her ninth month of pregnancy.

Further, Anushka has been winner for animal rights for years. She has advanced her support to animal welfare. She will be building an animal shelter on the outskirts of Mumbai soon. New mommy already has her hands occupied. She is preparing herself for full time work soon.