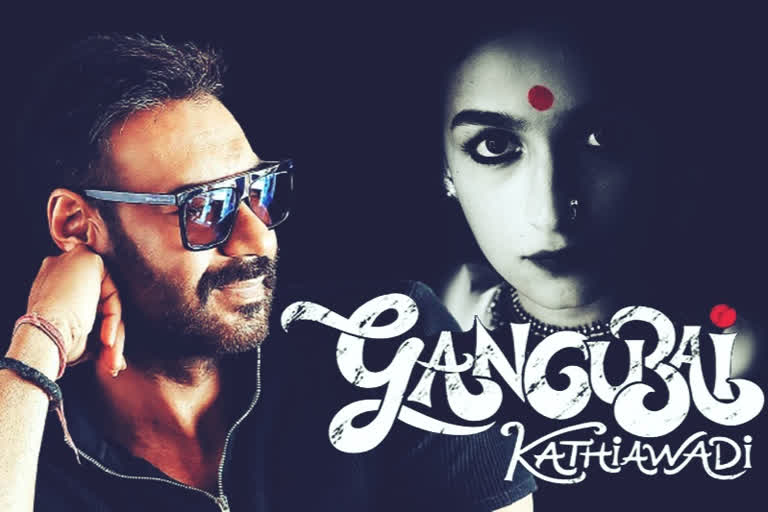 Ajay Devgan has expanded guest appearance in Sanjay Leela Bhansali’s Gangubai Kathiawadi. The most hilarious aspect of Ajay Devgan much expected forecast returns to Bhansali’s movies. They were last seen in classic Hum…Dil De Chuke Sanam 22 years ago. This time it’s going to his confrontation with Alia Bhatt.

The source also reveals that, the duel will be arriving on the screen for the first time with volatile results. Almost throughout the whole movie, Alia is in lead role. There is no other main character then Alia Bhatt in the movie. None of the viewers can take off the look of Alia’s Gangubai while they are watching the film.

The sources close to the project also reveals that, Ajay Devgan will also come in important point of the sequence. They duet will be like fire and ice together. This is the first collaboration of Ajay Devgan will Alia. He had never shared the screen space with Alia before. Devgan knows her from the time she visit her father Mahesh Bhatt incites for Zakhm.

Alia also shared the screen space with two of stars with her father’s Zakhm in two amazing movies- Ajay Devgan in Gangubai Kathiawadi and Nagarjuna in Brahmastra. A source informs in both the films Alia Bhatt stood her performance with experienced super stars.

Gangubai Kathiawadi story is based on the book “Mafia Queens of Mumbai” scripted by S. Hussain Zaidi. The producer of the film Sanjay Leela Bhansali and Dr. Jayantilal Gada presents Pen Studios. The movie is all set to hit the theaters on 30th July this year.