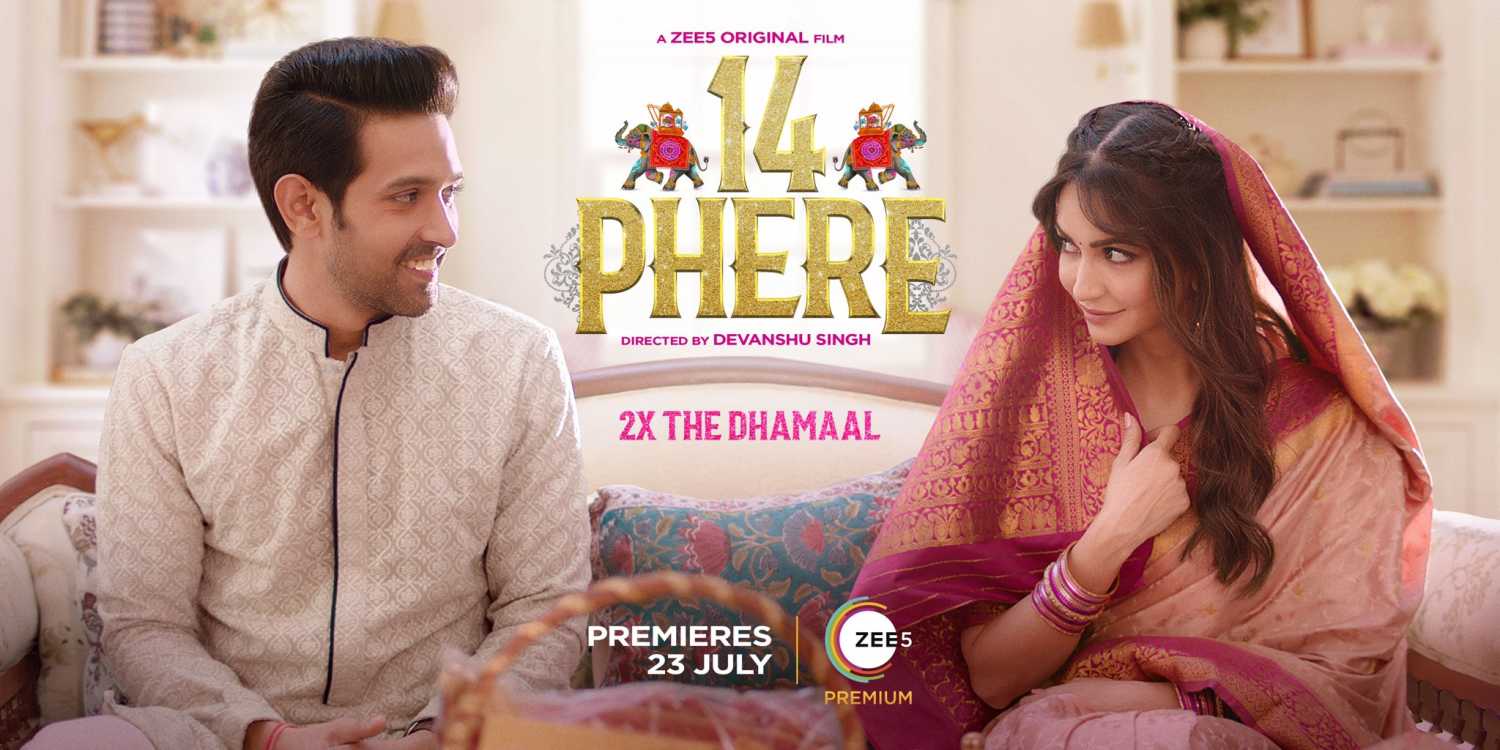 14 Phere is all set to release!

The 14 Phere is an upcoming comedy-love-drama film directed by Tamasha’s director Devanshu Singh, produced under Zee Studio. The lead casts are Chhapaak hit Vikrant Messy and Shadi Mein Zaroor Aana girl Kriti Kharbanda in the lead roles. The makers have recently put out the movie teaser and posters. From the teaser, the name of the leads was out, Kriti as Aditi, whereas Vikrant as Sanjay. While not many things were out yet. The makers and casts have taken to social media to release the posters.

In the posters both the couple look at each other as if they loved each other. Kriti looked elegant in a Red Banarsi sari with light makeup, she took a simple and beautiful look while Vikrant wore a cream kurta, and it seemed simple.

The 14 Phere film is all set to release on India’s biggest homegrown OTT platform ZEE5 on 23 July. Well, it is very exciting to the audience to see love – comedy – drama after a long time on screens.

From the sources, the movie may be similar to Laxman Utekar’s Luka Chuppi starring Kartik Aryan And Kriti Sanon. But now you will know how similar the movie is to any bollywood movie or not on 23 July.